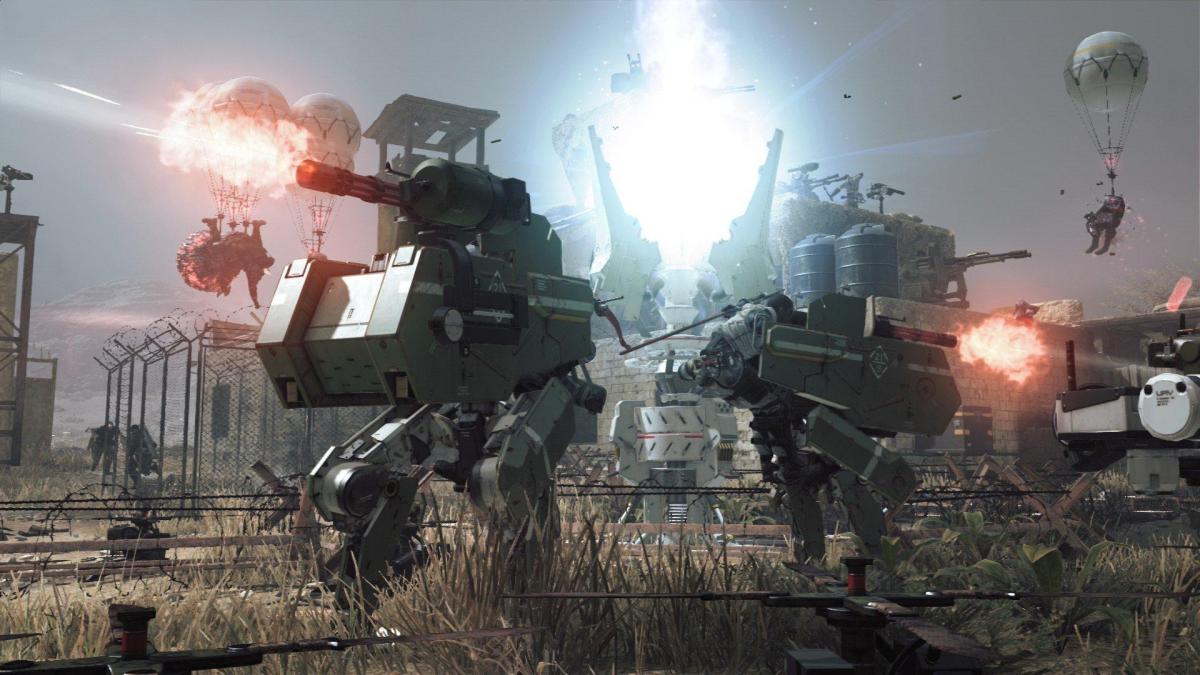 We all know the victim when the bulls fight; the grass. We all know who suffers most when there is a messy divorce; the child. The post messy divorce events saw Kojima left in the cold with Konami smiling at the fall of the former. Metal Gear Survive is the first instalment under the Konami, and so many individuals are willing to ignore whatever good the game has to present and hate the sh*t out of it. I snooped around the net concerning the game before actually writing this review based on my experience, and I couldn’t help myself to not mention how much far game fans are willing to go just to prove a point. I mean, some goon on Twitter had to combine first letters from the code names to come up with “Kojima Production FOREVER.” This meant someone wasn’t happy with the separation and had to leave a message in the form of a puzzle for the gamers to know that Kojima will always remain—in their hearts so to say.

Anyway, this is a bit childish, to be honest. Understanding the business world will actually help more gamers comprehend that if the divorce between Metal Gear and Kojima had not happened, nothing good would have come out of it. This sh*t happens because it was the best solution possible at that moment. So, my advice to fans is that your side of the table is not about who produces the game, it’s about having your needs as a gamer met. Stop ruining your gaming fun by concerning yourself with Uncle Sam’s issues.

Metal Gear Survive is weird in the sense that it isn’t the Metal Gear we are used to. I mean, if you haven’t played the game before, you will likely not feel what long-serving gamers think. The game might carry the name of the franchise just like any child of a cheating women would do, but it does not connect to the entire series to a greater extent. Yes, it has got some trinkets attached, but one can tell that it is no longer the same blood that runs the system. Compared to the action stealth-based game it used to be, the game now has become more of a survival adventure making your fundamental goal be to stay alive while trying to save your colleagues.

The storyline is a bit confusing at the start, but I will give credit to most of those questions you will have at the beginning as they will present interesting answers later on. Tutorials are dull, and I found them taking pretty much longer. I have to admit that I am not a fan of tutorials but at times I need to know my go about and at least let me enjoy the moment. This tutorial is pretty much dull to the last note as it teaches you some silly things such as how to control your hunger, as well as thirst meters. I was excited at the beginning when I started to discover some of the answers, but after reaching the 35th-hour mark of game time, I realised that most of the answers weren’t that much exciting. The story is full of tranquil characters that can be easily forgotten. A promising steamed horror quickly dries off while presenting a few of handful great moments that mostly include the likes of Masahiro Ito of Silent Hill.

The addition of customisation is one of the few features that add flavour to Metal Gear Survival gameplay as it balances a micromanagement heavy-menu. When it comes to stealth, there is no way you are going to enjoy this feature. I failed to apply the function to my liking; therefore, ended up just surviving just like the name of the game. The primary factor affecting this stealth feature is that the opponents are brainless. By brainless I mean they are mindless! By playing the game for few hours, you will be able to predict what your opponent will do. In other words, Metal Gear Survive presents you enemies that are much predictable; therefore, not challenging by any means.

My final verdict is that get this game out of my advice. Yeah yeah, I know, I started with bashing those who were mourning the loss of Kojima, but at this moment, I might as well join them. This is one hell of a sh*tty game that will keep on repeating the same scenes over and over again. It’s like serving the same dish on a different plate a number of times. Single or multiplayer, Metal Gear Survive will have you defending the same place against the same freaking zombies and then have you exploring the same areas for the same damn material. If the game doesn’t’ give a damn about its gamers, then why should they? A spade for a spade, that’s what we call it. With that said I will have to state it out loud that one man’s poison might be another man’s food; meaning you might not see or experience what I have stated, therefore, you should always rely on your final decision. I am just there to give you heads-up. Happy gaming folks; after all, it’s what we live for!