A marriage between Minecraft, Animal Crossing, and Breath Of The Wild, Dragon Quest Builders 2 manages to combine all the right elements and present a stunning game. Even though the game is largely based on its building elements, the story aspect is absolutely stunning. With synergy between RPG and building mechanism, Dragon Quest 2 manages to be one of the most fun games we have tried in a long while.

Even though we had played the previous game ago, Dragon Quest Builders 2 does not need the first one to be played in order to understand the storylines. The minor references do indeed bring back major doses of nostalgia for players that have tried the first game. From the way the map works to the final villain, the home definitely pays is a true homage to its predecessor.

One of the strongest aspects of the game is its Role-Playing aspect. With complete set elements like level-ups, equipment, magic and boss battles, the game manages to stand on its own rather than becoming just another Minecraft lookalike. Square Enix managed to blow this one out of the park with attention to detail and stunning gameplay aspects.

There is a clear impression of Breath of the wild on the game, with major inspiration elements and artwork, the game clearly shows why Breath of the Wild was one of the biggest games of the past couple of years.

There has been a major expansion to the building aspect of this game. Agriculture has increased importance in this rendition. Aspects, like building farms and recruiting villages, are important in the starting of the game. The nuanced workings of the previous edition are replaced by smoother mechanics. From the weapon system to armor, there are major changes that are visible throughout the game. The game feels much more coherent and fluid. 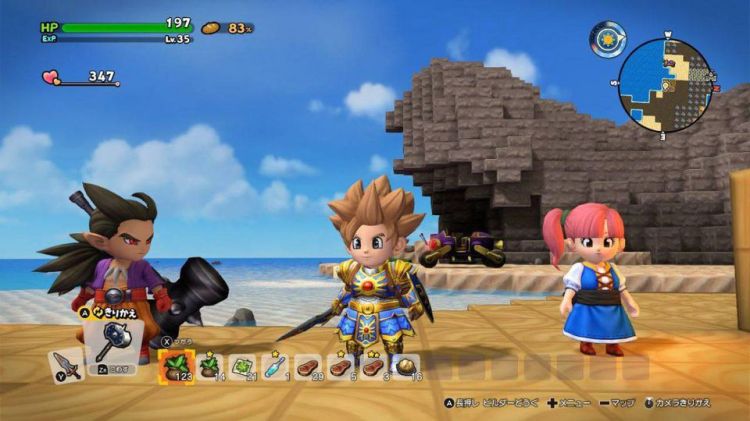 The game is truly by definition, a Dragon Quest one. There are major explorations into isles, a run-in with quirky characters and absolutely vast landscape. The pace of the game stays consistent to the prior ones and the added simplicity leads to a much better game. The one element we felt was a big buggy was the combat mechanics. There is a major limitation in terms of fighting bosses that can only be dealt with using a certain function. However, despite this, the other aspects of the game more than make up for it.

Dragon Quest Builders 2 managed to be one of the best RPG games this year while absolutely setting new standards in the Builder genre. The studio deserves all the props for being abuse to seamlessly fuse the two genres towards into something original. Despite the inspiration from Breath of the wild and clear footprints of the previous edition the franchise. The game is absolute, mind-blowingly fun. Our initial experience led us to a 12-hour binge which we absolutely did not regret. The game is a must-try for fans looking for a much more fun version of Minecraft with RPG elements. Its is guaranteed to provide hours of fun.